This year, the Environmental Debate Tournament will take place on March 16, 2019 beginning at 8:30AM on Wake Forest University’s campus. Over 150 student teams and their teachers have already signed up to participate, and they represent dozens of high schools across Central North Carolina. As an extra incentive for teachers, several $100 mini-grants are awarded for travel to the tournament. This makes the tournament especially accessible for students who’ve never participated in debate before to learn a new skill.

PEA’s partnership with Wake Debate makes the tournament an especially exciting learning opportunity for both students and teachers. Wake Debate has won dozens of awards and championships over the years including winning 3 ACC Championships in a row in 2015, 2016, and 2017. What makes their involvement so indispensable for students is that they provide comprehensive training materials and an in-person workshop so that every student, regardless of their background, has a chance to succeed in the tournament. 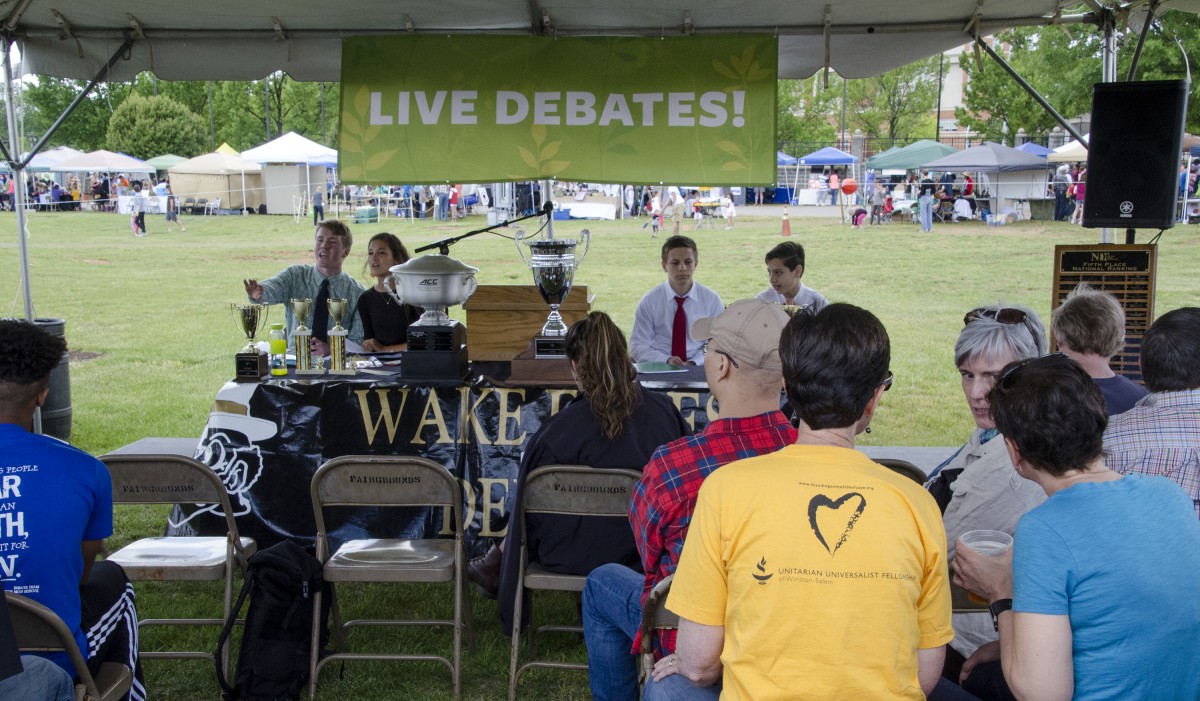 Michelle Lawrence, a teacher at Salem Academy in Winston-Salem, remarked that her students, “loved the training session that [PEA & Wake Debate] did for us.” For so many students, this training is their first line of exposure to debate. Michelle noted that the in-person training made a real difference for her students, who had previously only been able to access debate resources online.

Michelle is right that the in-person training makes a difference for students who are just getting involved in debate. One of the 2016 debate champions, Ethan Austin, said he, “chose to participate in the environmental debate tournament because I have always wanted to be part of a debate team, but my school did not have one.” Thanks to the Environmental Debate Tournament, Ethan was able to become part of a debate team and learn skills like public speaking, how to make an argument, and how to substantiate his case.

The tournament also helps students broaden their horizons when it comes to environmental issues and learn more about the contemporary debates that will most certainly impact their generation and those to come. The tournament asks students to substantiate their arguments about the question at hand using facts and figures from a range of sources. In turn, they learn about environmental issues beyond the question that they are tasked with debating. Plus, they gain new confidence by practicing debate and learning how to articulate their arguments effectively. 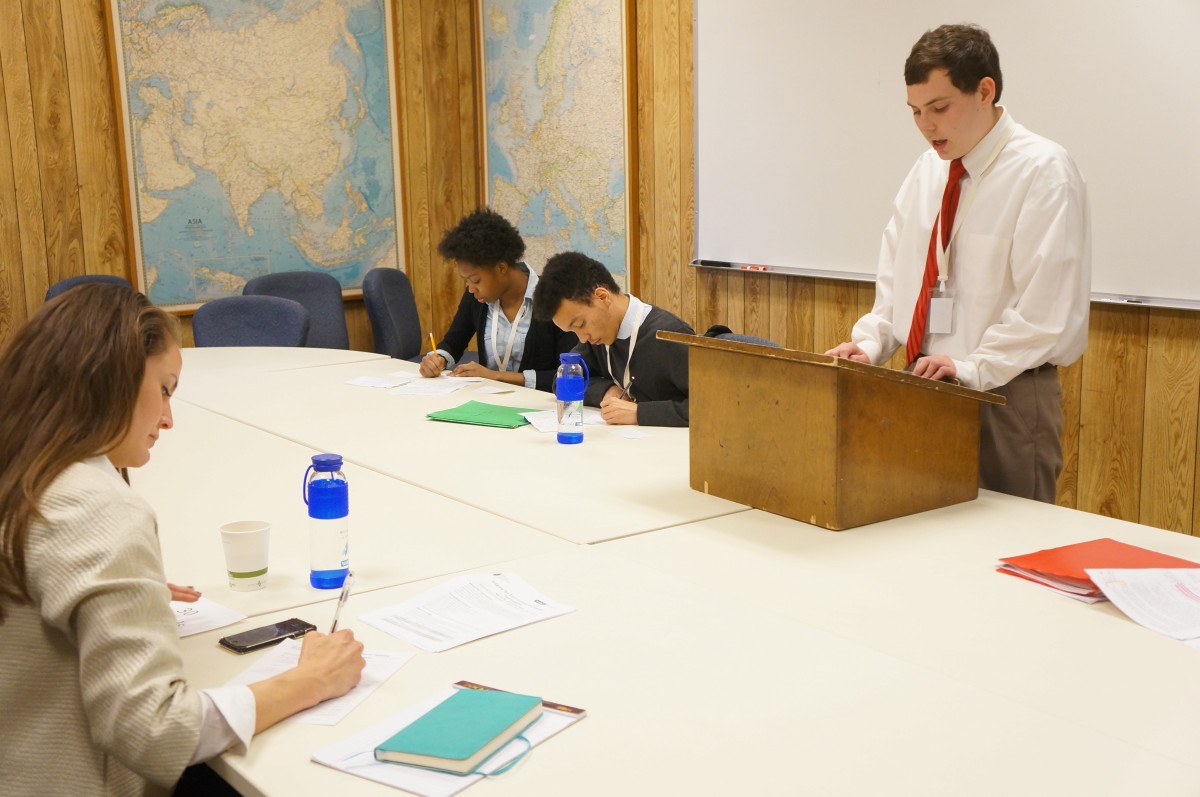 According to Rohan Kapileshwari, a student at Atkins High School and a member of the winning debate team in 2016 and 2017, the tournament expanded his skills as a debater, “to the point that I won another scientifically inclined debate at the state level, and was afforded the chance to go to a national debate competition in Nashville.”  Rohan thanked PEA and Wake Debate for the “speaking, organizational, and research skills learned at the PEA environmental debate,” for his successes at subsequent debate tournaments.

Like Rohan, so many students who participate in the Environmental Debate Tournament see it as a stepping stone toward their future goals. Another participant from Atkins High School, Devin Freeman, said that he has dreams of becoming a judge and that the skills he learned at the tournament would help him accomplish that goal. It’s clear that students and teachers agree that the Environmental Debate Tournament makes a lasting impact on the students who participate.

If you are inspired by our students’ testimonies about the debate tournament, please consider donating to PEA to sponsor our programming and opportunities for students.